Bernwood Forest is one of the great butterfly woodlands of England. The forest today is much altered; a great dark window in the heart of Oxfordshire with irregular panes of dull softwood supported by thin hardwood frames.

Early morning on the hottest day of the year is quiet and cool. Purple spikes of betony Stachys officinalis line the woodland rides and, in the small patches of warming sun that reach the narrow rides, large skippers Ochlodes sylvanus and silver-washed fritillaries Argynnis paphia work the flowers for their nectar.

Later in the heat of the day, silver-washed fritillaries float down the ditches in deep shade landing on the leaves of violets Viola spp. and then laying eggs on nearby trunks of oak trees Quercus robur. 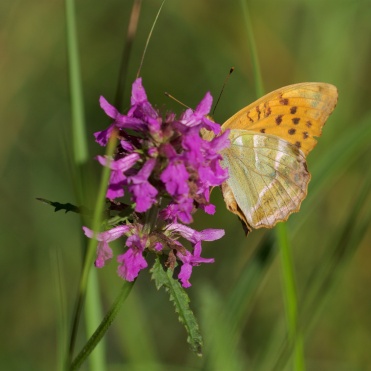 One then another two male purple emperors Apatura iris are down on the gravel path and one old timer alights on one of the many pairs of cotton trousers that are hunting this elusive species.  The experienced watchers loiter all day and wait for females to lay eggs on the gallows Salix spp. that are also common in the damp rides.  A white admiral Limenitis camilla is briefly on the bramble Rubus fruticosus. Purple hairstreaks Favonius quercus mass on a favoured oak Quercus robur within an avenue of lookalikes.

Male purple emperor on the path 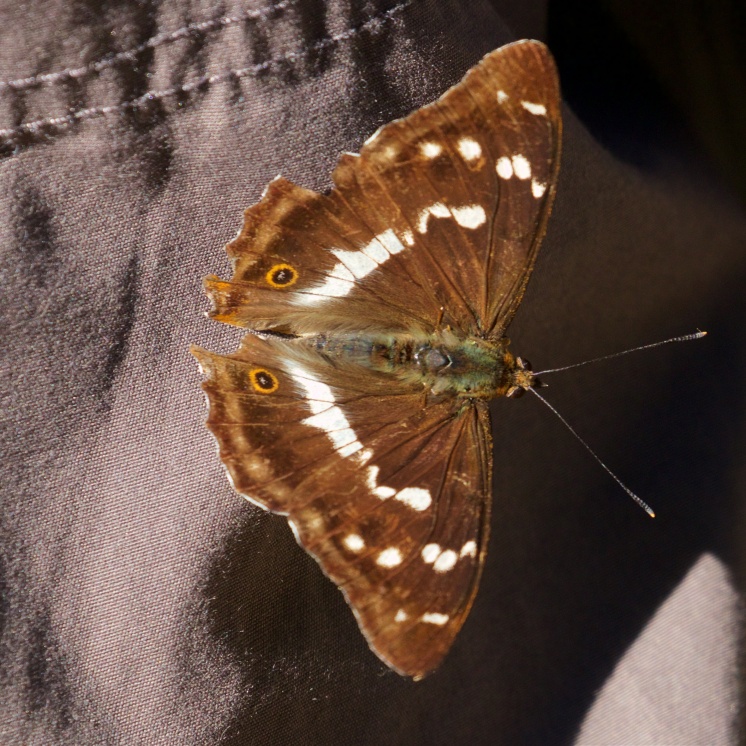 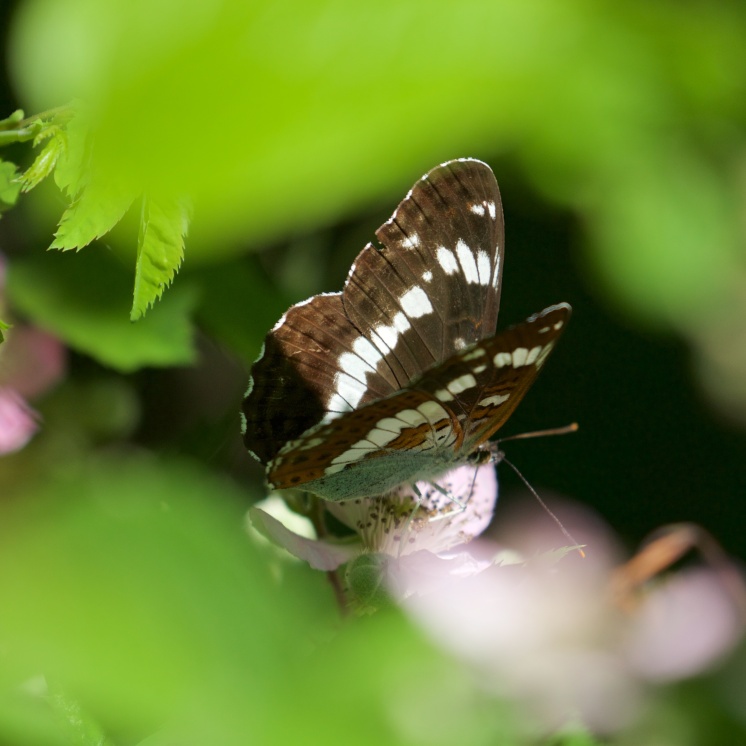 While admiral on bramble 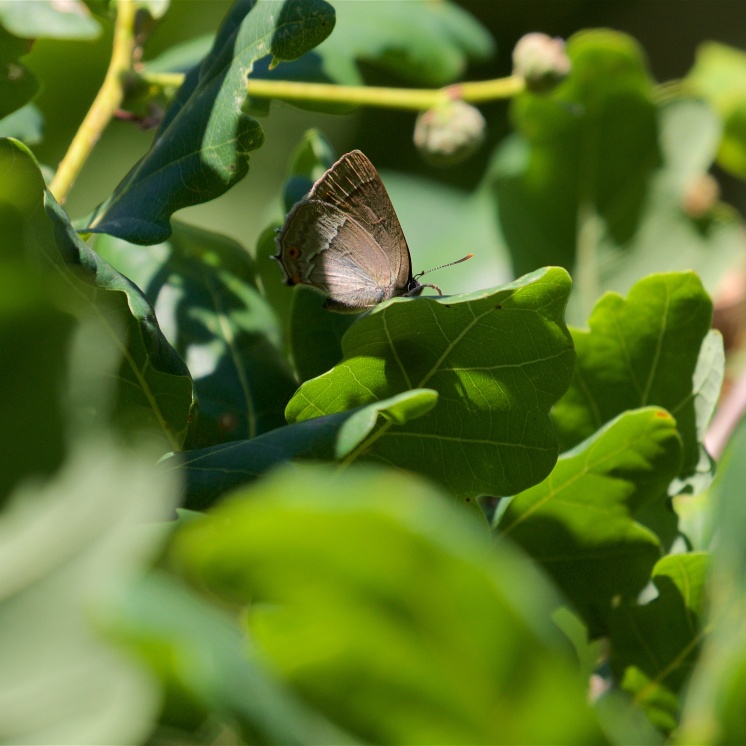 Purple hairstreak on a favoured oak

Another purple hairstreak on oak

At the adjacent Bernwood Meadows nature reserve, black Satyrium pruni and brown hairstreaks Thecla betulae occupy the unkempt blackthorn Prunus spinosa hedges that surround the hay meadows. Blacks are only found on the heavy clay of central England and lay egg on mature shoots. Browns are more widespread but lay on young shoots, which are often flailed in the winter by tidying farmers. As a consequence, both species are rare. Both are also fiendish to find. Blacks hug the high hedges and male browns remain in the tops of ash Fraxinus excelsior trees; brown females come down to lay on the young blackthorn and these are the ones to find.

A patch of blackthorn and species rich scrub was planted at the far end of the forest right next to the M40. As the roadmaps testify, the motorway made a great effort to loop round the forest but still managed to clip it along with a small colony of black hairstreaks. The resulting habitat compensation has delivered, since it was established in 1991, a more numerous population. 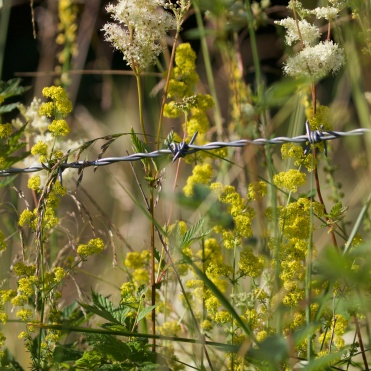 In the baking heat of the mid afternoon the walk beside the blackthorn hedges around Bernwood Meadows nature reserve proves fruitless. The countryside is July quiet; also it is too late for black hairstreaks, which have a short flight period from mid June to early July, and too early for the browns which emerge at the very end of the month.