From the sea wall on the Isle of Grain, the Port of Sheerness is an unbroken strip of trade and industry between the gun metal Medway and the brilliant blue sky. The Grain Tower, once the principal defence for the Medway ports, squats in the shallow estuary like an old, broken barrel.

The Port of Sheerness

The high tide takes it time to go out but then suddenly races over the wide mudflats; oystercatchers and curlews quickly fill the water’s edge feeding urgently. Little egrets work the streams and pools on the upper shore, while black-headed gulls steadily walk the wet sand, picking up unknown food items from the surface.

Mudflats off the Isle of Grain with the Thames Estuary and Southend-on-Sea beyond. 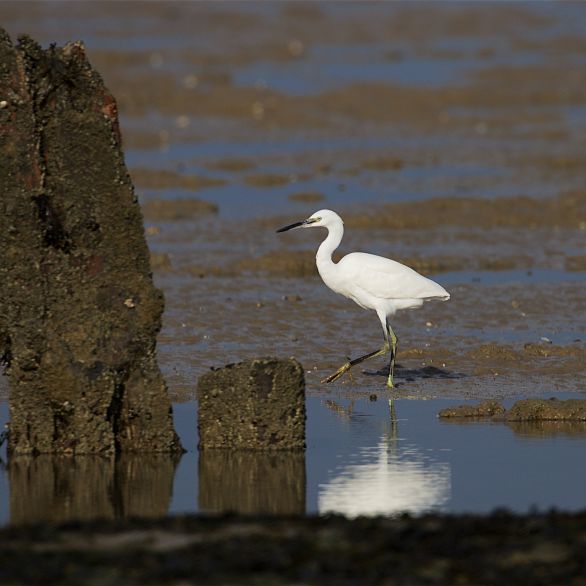 A small Thames barge raises its deep red sails and slows moves out of the estuary on the emptying water, running past the spread of wharves and water towers, empty berths and tied up tugboats. A large cargo boat comes up the narrow channel, bringing new cars from the continent. Two tugs move out and push it gingerly into the dockside.

Wind turbine with the bridge over the Swale beyond 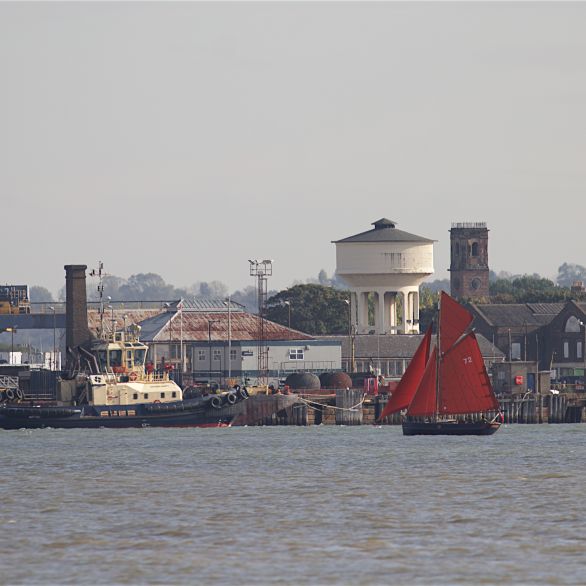 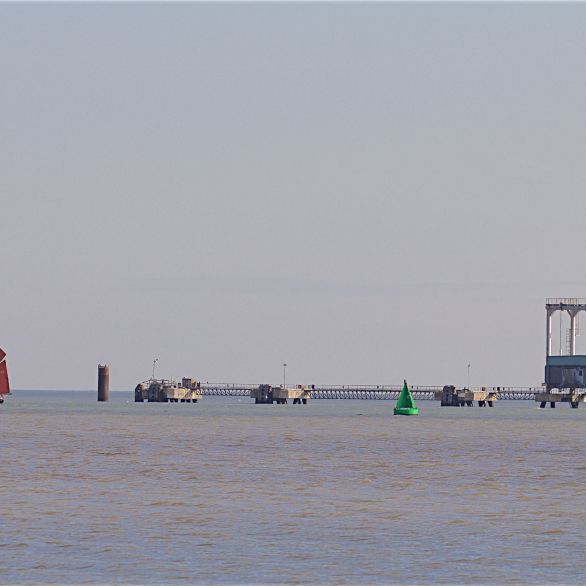 Conveyor belt and the Thames Estuary beyond

At the opposite end of the Isle of Sheppey, Shellness and the Swale are empty of development with just some distant lines of white-faced, holiday caravans marking the wild and protected landscape. The imports here are huge flocks of waterbirds, which take up temporary residence through the winter months on the expanses of sand, mud and marsh, before returning north to breed across the tundra during the flush of Artic summer.

At Shellness, waders sit out the high tide at the water’s edge and are pushed around by the weekend walkers. The redshanks and grey plovers scatter first, then the oystercatchers and finally the turnstones and sanderlings; all don’t fly far before settling once more.

Oystercatchers moving down the shore

A party of eight snow buntings feed in the weedy shingle in front of the Shellness Estate. The collection of small houses, many with peeling paint and picture windows, and the deep sunken swimming pool are entirely abandoned by their summer residents.

At high tide, the oystercatchers, godwits and knot gather on the narrow ness of shells and occasionally take off and circle low over the sea in tight flocks. Curlews land in the middle saltmarsh to sit out the high water but take time to settle and circle once more.

Curlews dropping in to roost in the saltmarsh

Curlew flock on the saltmarsh

Capel Fleet on the narrow Harty Ferry Road, a few kilometres east of Shellness is part of the same coastal wilderness, with harriers, merlin, waterfowl and owls all present somewhere within the expanse of water, field and marsh.

One Reply to “East is East…Shellness and Sheerness”