The chalk aquifer bursts to the surface at Fowlmere on the edge of a low escarpment of arable land to the south of Cambridge. The island of wet woodland, reedbed and chalk grassland is an RSPB nature reserve with wooden hides and winding boardwalk.  Here in the summer, small brown trout swim in the fast current of clear water that is rich in plants. The Drewer hide looks across the central reed bed with a wedge of open water in the foreground. From here there is, at first sight, not much except sculptures of reed, water and wood.

A pair of mallard ducks paddle round the corner and the male preens and flaps in spring display and stays close to the female. Both upend to feed. A moorhen briefly comes out of the reeds but a squealing water rail stays hidden. Greylag geese honk and fly and generally disturb the peace. A sparrowhawk passes over at height and, a few minutes later, the same bird perhaps glides low and fast across the reeds. A small, silent herd of fallow deer graze the brown grass at the edge of the woodland. 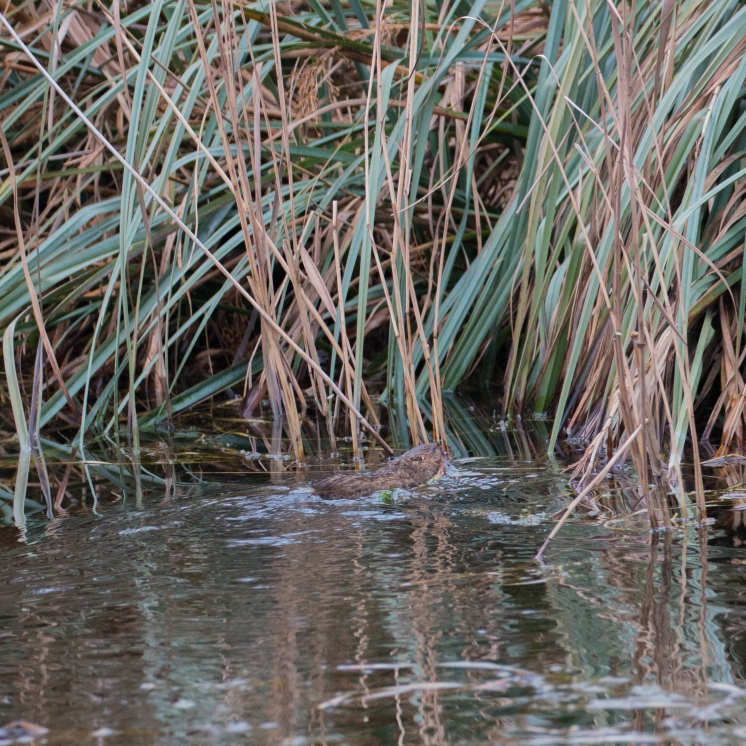 Water vole taking a section of stem back to its burrow

Fallow deer in the wet woodland

Ripples appear in the open water and a water vole surfaces mid-stream with a large section of bright reed sweet-grass and then swims to the cover of the fringing reeds.  This pattern of behaviour repeats itself half a dozen times; the animal swimming out underwater, biting off a long section of stem, presumably the most nutrient rich cut near the base, and then surfacing and returning to the edge; it is a lottery as to where it appears next.

The same drake seeing off an interloping pair 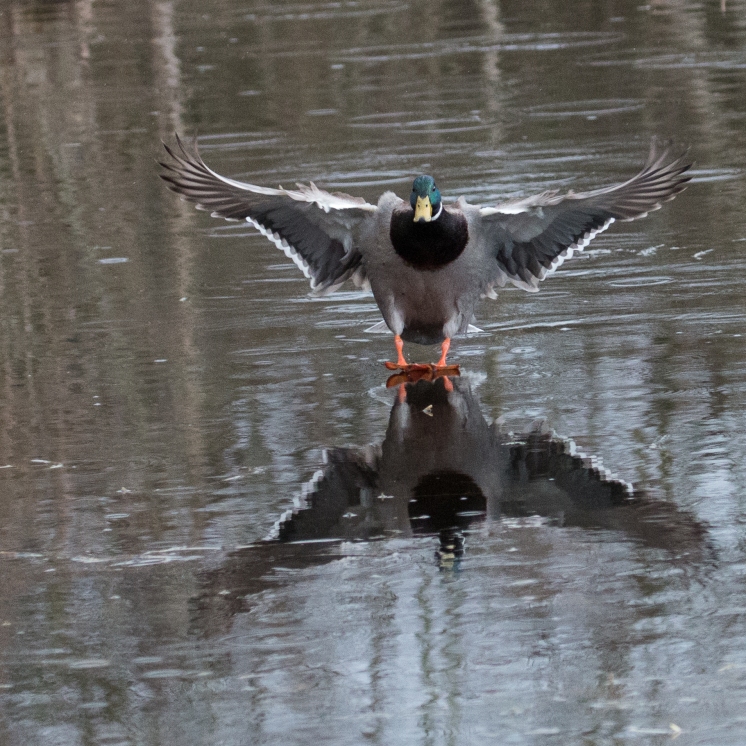 Returning after the chase 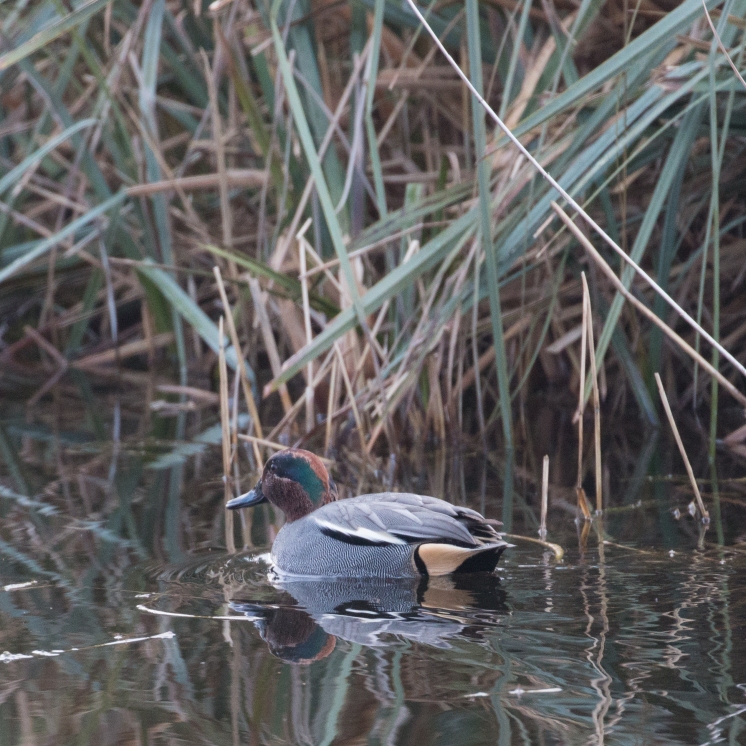 A second mallard pair flies in and settles on the right hand side as far from the resident pair as is possible but immediately the incumbent male charges across and clears them out with a flurry of wings and water. After a few circuits, he returns and the pair continue their steady perambulation. A pair of teal comes quietly past, the rain gathers strength and patterns the bright water.