The old windmill with no sails sits on the hilltop in the centre of the forest like an upturned flower pot; the top is now a watch tower wth 360 degree views over the pines and farmland, with distant wooded hills, villages and La Vallée de la Tude that runs north to south away to the west towards Montmoreau-Saint-Cybard and Montboyer.

The forest is managed for its timber and of course as a hunting preserve; today the hunting season is passed and a roebuck Capreolus capreolus feeds nervously in the grassy fallow staying close to thick cover of a young plantation. The forest is alive with the strange squeaks and cat-calls of a pair of jays Garrulus glandarius, singing woodlarks Lullula arborea from the vineyard, freshly arrived tree pipits Anthus trivialis and crowds of linnets Carduelis cannabina singing from their territories in the young conifers.

A male hen harrier Circus cyaneus calls, well chatters, from the forest and flies from view. Then a female quarters the young conifers immediately below the tower and settles deep in the valley near a clump of goat willows Salix caprea. A little later, a male follows and circles, perches and then moves off. This looks like nest prospecting behaviour; the pair looking for a safe place on the ground to build the loose nest of heather and grasses, deep in thick cover towards the centre of the block.  The female then returns to the west side of the forest and is quickly out of view but the male comes and goes with much chatter.

There are at least two males and one female but whether there is one or two pairs is not yet clear. Also, hen harriers are often polygynous (males with more than one female). and research in northern Britain and North America has suggested that this is driven  by the extreme population fluctuations of one of the main prey items, field voles Microtus agrestis, but perhaps more so by the fact that there often many more females in the adult population than males.

The next day the male flies past the windmill and puts on a wonderful skydancing display over the piece of forest where the female had settled by the willows yesterday but he flies off empty handed. A little later a male, perhaps the same bird flies in dangling a freshly killed prey to the other side of the forest, a vole or small bird, and the female immediately appear and chatters and chases but the aerial food pass occurs behind the trees. The windmill watch point proves to be an exceptional location to observe the breeding behaviour of hen harriers.

Skydance 3: at the top of the ascent he flips over in a barrel roll 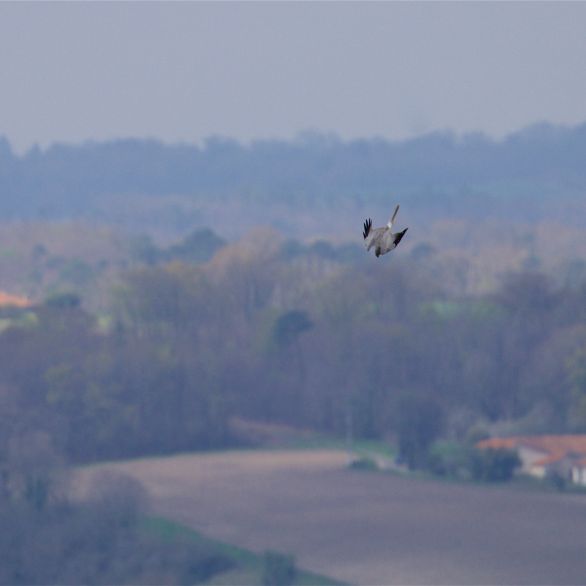 Skydance 4: and finally twists round and stoops

Skydance 5: and continues to stoop until he ascends again 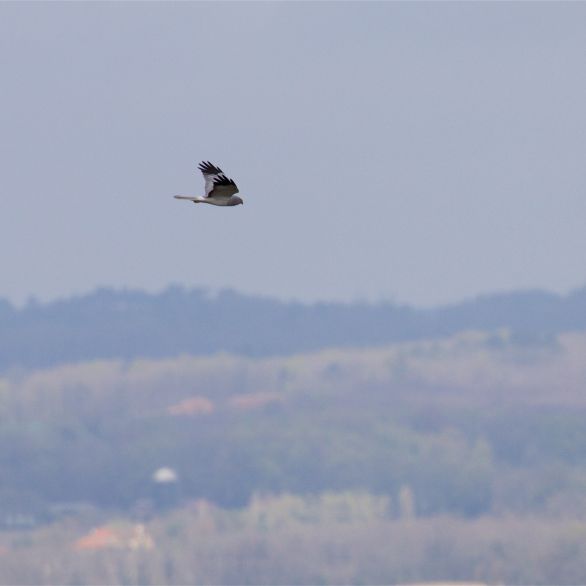 The male flies off..

…and returns with prey dangled from his talons 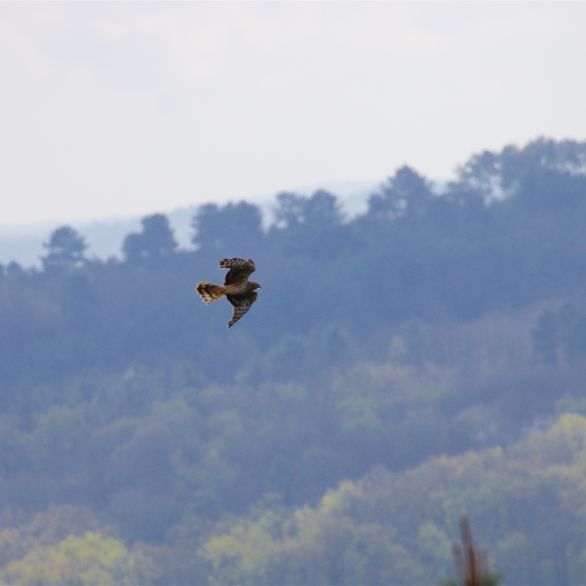 Soon after, a pair of short-toed eagles Circaetus gallicus fly over, one calling and the other flying with deep wing beats; they too may breed close by somewhere in the forest. Black kites Milvus migrans and buzzards Buteo buteo are also overhead but no sparrowhawk Accipiter nisus circling up and stooping away. 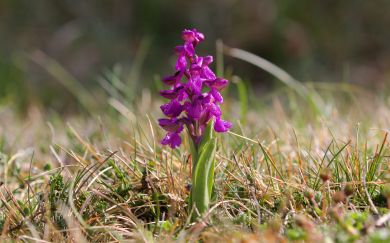 An uncommon white form of green-winged orchid, where the green ‘wings’ or lateral sepals are much clearer than on the purple form

In an old fallow next to the small vineyard by the windmill, there is a purple spray of green-winged orchids Anacamptis morio; these and the catkin-covered willows both look from afar like a pointillist painting. The first tongue orchids Serapias lingua are in the grassy fallow below, along with a colourful splash of other plants. A bright, freshly emerged small copper Lycaena phlaeas sits in a favoured corner of the field sheltered by the conifers waiting for the rain to pass. When the weather finally improves and the temperatures rise, spring is set to race away. 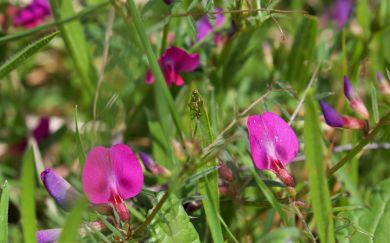 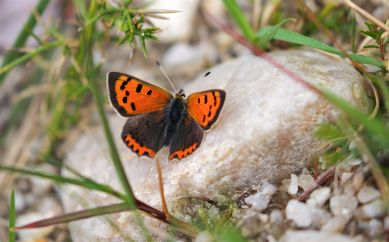 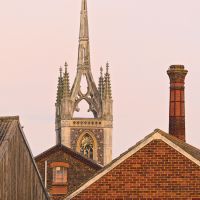 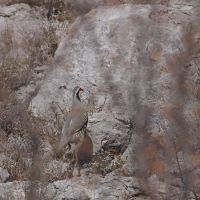 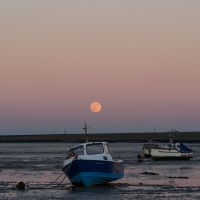